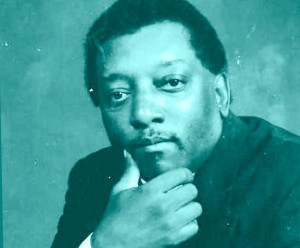 Mr. Central Billy Williams affectionately known to many family and friends as Beaver was born in Smoaks, South Carolina on March 27, 1948, to the late Mr. Henry Williams and Mrs. Mattie Daniels Williams, he was the youngest of five children and the only son.

At an early age Billy accepted the Lord as his savior and joined the Beulah Baptist Church under the leadership of the late Rev. B.S. Scott of Smoaks, South Carolina. Reared in Colleton County, Billy attended Bethel Elementary and Middle School and Ruffin High School where he graduated in June of 1966. Shortly thereafter, Billy married his high school sweetheart Myrna Kinsey an to this union one daughter was born.

He began working at Riser Car Dealership and J.P. Stevens both in Smoaks, South Carolina.

Billy then moved his family to New York where he lived and worked for a while before finally settling in Miami, Florida in 1972 where he worked at the Port of Miami as a longshoreman for the International Longshoreman Association Local #1416, he worked there until his health failed and he retired in 2009 with a well respected career.

Billy lived a well spent beautiful life, he departed this life on Wednesday, March 4, 2020. He is preceded in death by his parents: Henry Williams and Mattie Daniels Williams; sisters: Cinda Lightsey and Cynthia Clear and oldest daughter: Sharon Williams.

To send flowers to the family or plant a tree in memory of Central Billy Williams, please visit our floral store.